In this new year, 2018, it is my vision, my goal, to become more real in my writing.  I want you to know my heart, so that you will know I can relate to you.

This year, hear my heart.

With that, here goes… grit.

My son, a musician and guitar teacher, recently told me that one of his students had asked about taking piano lessons. In turn, I asked of him, “Is she musically inclined? (i.e. “Does she have a natural aptitude/rhythm?”)

His reply was, “I guess so; I really don’t believe in that.”  He explained to me his theory:  The amount of practice that a student puts in is really more important than their natural aptitude.  I couldn’t agree more.

This started a conversation in my mind about grit.   I “googled” grit.  BTW, when did the noun ‘google,’ become a verb?

I found study after study on this topic.  Psychologists seem to agree that while a person’s aptitude is important;  few people ever reach the limits of our natural abilities.

Many of us lack the commitment to reach the limits of our abilities.  “Enthusiasm is common,” Duckworth writes, “Endurance is rare.”   Wow...does this resonate in the piano studio!

“Effort counts twice,” this researcher explains, “because it translates your aptitude into skill. It takes effort to get good at something, and then it takes effort to apply that skill, to create.”   Okay, enough scientific stuff.

Several years ago I had two students who began piano together in group lessons.  While both had great enthusiasm, one student found piano to be a bit more natural (perhaps student #1 had more aptitude for the instrument).

Today, both are still taking lessons, and both apply daily, focused practice.  I’ve found it fulfilling that now, the student with perhaps less aptitude, is equally, if not more accomplished in some ways, as the other student.   Student #2 has put in significant effort and practice.  I’d call that grit.

Grit is something you cultivate.  It’s like learning a new language. Take music, for instance, once you put in the time to learn the basics of an instrument, you can create.  Maybe you apply that skill to writing music, improvising, and/or making your own arrangements.  Maybe you play others’ arrangements with grace and beauty.

But, ask any farmer, ‘cultivating a harvest’ takes time.  Yup, I grew up on a farm.  Apparently, the old fable was right. “Slow and steady wins the race.”

Did you know that when Jim Carey first appeared in a Toronto comedy club he was booed off stage?  Walt Disney was fired from the Kansas City star because his editor thought he had no creativity and no good ideas.

Has your child ever struggled with something ... I mean, really wrestled with something?   One of my sons has autism. At the time he was diagnosed, at age 11, they called his disability Asperger’s Syndrome. While he has a high IQ,  he had to learn social intelligence.

Throughout middle school and high school, this teen worked tirelessly with speech and language therapists.  Today, he is a most conversational young adult.  Yes, he still is an introvert; his battery is recharged in his own space.  But, with determined focus ... grit ... today, you might never know that he was born with autism.

Perhaps the one component of grit that I’ve learned to appreciate this year is that of  Excellence vs. Perfection.  For years, I have sought perfection.

But this year, I’ve learned that gritty people don’t seek perfection, but instead, they strive for excellence. I love this.  The word excellence is derived from the Greek word Arête which is bound with the notion of fulfillment of purpose.

Can we just take the word, 'should' out of our parenting vocabulary for a moment?

One of our children has a learning disability.  Don and I have no “shoulds” for this child … and guess what?  With every achievement, we are delighted.  With every failed test, we understand.   There is no expectation; there is true JOY in parenting this child.

If we believe that only a lucky few are born with true talent, we feel defeated.  The reality is this:  Only 20 to 40 percent are born with TRUE TALENT.   The other 60-80% of 'successful' persons have cultivated grit.  Wow.  Now that’s a relief!

As parent you can help to influence your child’s grittiness.  In this new year, as parents, let’s be purposeful in giving our kids life experiences that will cultivate grit.

Maybe we stop expecting perfection in academics, sports, music, and enjoy the ride.   Can we strive to give children experiences that will help them to become better people, not those experiences that help us to live vicariously through them?   Yes.  I’m speaking to myself, too. 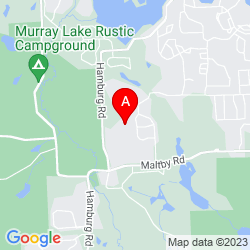 I would never want to have another piano teacher besides you. –Kendall

I am glad you are my piano teacher. You are patient and help me when I make a mistake. –Erik